2018 .. decisive and decisive for the region 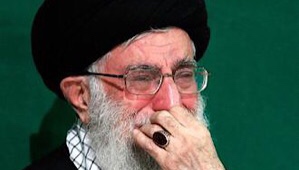 
Now, at the end of 2017, amidst the events, developments and transformations that are accelerating every day, we are witnessing a new wave of terror and fear by the regime of the ruling mullahs in Iran over developments in this region of the world. But this horror of who? And for what? Has this horror become routine and permanent?
Recently, the reactions of the Iranian regime to any movement or activity of the spectacular Iranian resistance are very different from the past. Because before all, all the leaders of the regime know that the overthrow of their regime will be available and possible only by the Iranian people and the Iranian resistance alone, and now it is very soon!
Throughout the reign of the mullahs, especially in the last two decades, in many political and diplomatic scenes, as well as scenes inside the country, the Iranian resistance has repeatedly called on the international community, particularly the powerful world countries, to adopt a decisive policy against the mullahs' regime.
A policy centered on changing the Iranian regime. But because of Western appeasement and appeasement policies, such calls to this day have not received a positive response, and at best they have not gone beyond "convictions".

Worse still, it has labeled numerous terrorist labels with Iran's unfounded resistance to health, paving the way for gross human rights violations in Iran and paving the way for the expansion and export of terrorism and fundamentalism of the mullahs' regime outside Iran.
The strategies and policies that poured into the pockets of the ruling mullahs' system and the shameful life of "the world's largest state sponsor of terrorism" have survived to this day!
In other words, despite all the calls, calls and continuous and continuous revelations of Iranian resistance to regime scandals in the past two decades, Iran's human rights record under the mullahs, particularly the 1988 massacre of 30,000 political prisoners, has been closed and not resolved So far, arrests, torture and executions continue to expand and grow every day. 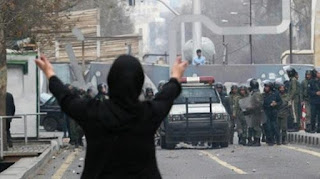 85 million Iranian people live below the poverty line
The Iranian economy is in the hands of a few of the regime's leaders, especially the repressive leaders and repressive forces of the Guards, and the Iranian people in a very painful economic situation. More than 30 percent of Iran's 85 million people live below the poverty line, according to government reports. The recent earthquake in western Iran and the popular protests in Tehran and other Iranian regions are new documents of this fact.
The nuclear agreement between the regime and the Western countries is still on the table and has already returned billions of dollars to this repressive regime. They will allocate these funds to export terrorism and fundamentalism in Iraq, Syria, Lebanese Hezbollah and the Houthis in Yemen rather than in the service of the Iranian people.
Interventions and bloody crimes of the Iranian regime continue in the countries of the region. As this system has not been cut off, hundreds of thousands of people have lost their lives in the region, and the West's inept policies have led to the regime continuing to kill people. And all decisions in this regard have been violated.
But within a year or so since the beginning of this year, along with the growing expansion of Iranian resistance activities and popular protests against the mullahs' regime in various parts of Iran, we are witnessing a new and unprecedented wave of political positions and harsh blows, both by the US side in the US Congress and the Council. The Senate, the Union and the European Parliament, the United Nations, or the Arab States, together and one by one. Between each side of its policies and positions of the Iranian regime.
What distinguishes the current horror of the regime from the resistance to the past is due to the fact that the corners of this world have been opened in recent months to the calls and calls of the Iranian resistance, which is tireless and boring and has the effectiveness and influence of the Kabirin inside Iran, This resistance in previous years. This is the same horror that shook the pillars of the rule of the jurist. 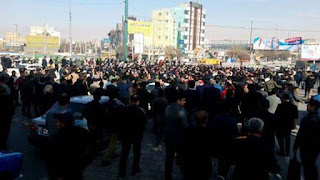