By: A. Mahabadi, political writer and analyst
A look at the new wave of executions in Iran
On Wednesday morning, April 18, 2018, Bahman Varmarzyar was hanged in Hamadan’s Central Prison. Also on the same day, seven more prisoners were hanged in Karaj Gohardasht prison.
The executions in Iran under the rule of mullahs are still going on. It’s been years now that the scenes of execution, torture, stoning, etc. have turned into a reality imposed on Iranian people.
Thousands of the Iranian regime dissidents were executed or killed in different ways over the past 39 years.
More than one million Iranians were killed during the regime’s anti-patriotic Iran-Iraq war.
Hundreds of thousands of people in countries like Iraq, Syria and Yemen have been sacrificed due to Iranian regime’s interventions in the region.


All these cases prove that the dictatorship ruling Iran can’t survive without shedding blood.


In Persian mythology, Zahak was an oppressive ruler who sacrificed two young men everyday to feed the two snakes on his shoulder, so he himself could remain unharmed.
Today’s circumstances in Iran are even more painful than the myth, so much so that it won’t be an exaggeration to say that dozens of people on average have been killed every day under the Iranian regime.
As a sports coach, Bahman Varmarzyar was charged with robbing a jewelry shop at gun point on March 31, 2015. Although there was no private plaintiff involved, Varmarzyar turned himself in 18 days after committing the crime, giving the stolen items back to the shop owner while expressing regret for what he had done. 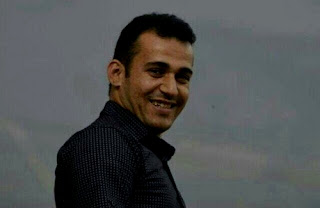 Any execution carried out in Iran is actually a crime inside a bigger one, as with every arrest and execution millions of hearts will be left in pain.
There are many who stand up to save a life. One or more family lives will be totally distorted, and lots of human emotions and feelings will be shattered.
Following the efforts Bahman’s family made to save their child from execution, the mullahs regime falsely informed them a day before the execution that the process was stopped. The next morning, however, they executed him.
With every execution, our curious minds and worried hearts keep asking who the next will be. Will he be Mehdi Cheraghi, who was also sentenced to death along with Bahman in the same case, or will he be the Kurd political prisoner Ramin Hosseinpanahi, or many others who have been sentenced to death by regime’s judiciary? Who knows? There are thousands of political and non-political prisoners waiting for their death sentence in prisons across Iran.
According to reports, there’s a new wave of executing prisoners in Iran as the regime is on the verge of an imminent collapse. This is what Iranian people’s uprising tells us; an uprising that has started four months ago and is now quite prepared for taking bigger steps towards its ultimate goal, overthrowing the mullahs’ regime.
While the regime keeps executing the country’s young people for such charges like smuggling or robbery, the biggest thieves in Iran’s history are regime leader Ali Khamenei together with other mullahs from regime’s rival bands, the Revolutionary Guards and other state organs, who have plundered billions of dollars of Iranian people’s wealth.
The purpose of such barbaric executions is to create an even bigger environment of fear and thus to cope with the overwhelmed Iranian people’s protests.
It’s now on the international community to come out in support of Iranian people and make its relations with the Iranian regime conditional on its improving human rights record and stopping torture and execution. This is the least demand by people who are prepared to bring down the religious dictatorship ruling Iran.